The details are covered in the remainder of this page, but here is a simple example of creating a module from scratch.

Create a directory outside of your GOPATH:

Note your go.mod file includes explicit versions for your dependencies:

A module is defined by a tree of Go source files with a go.mod file in the tree’s root directory. Module source code may be located outside of GOPATH.

go.mod files may include comments and will look familiar to a Go programmer. Here is an example go.mod file defining the module github.com/my/thing:

In Go source code, packages are imported using the full path including the module, for example:

If you add a new import to your source code that is not yet covered by a require in go.mod, any go command run (e.g., ‘go build’) will automatically look up the proper module and add the highest version of that new direct dependency to your module’s go.mod as a require directive. For example, if your new import corresponds to dependency M whose latest tagged release version is v1.2.3, your module’s go.mod will end up with require M v1.2.3, which indicates module M is a dependency with allowed version >= v1.2.3 (and < v2, given v2 is considered incompatible with v1).

As an example, if your module depends on module A which has a require D v1.0.0, and your module also depends on module B which has a require D v1.1.1, then minimal version selection would choose v1.1.1 of D to include in the build (given it is the highest listed require version). This selection of v1.1.1 remains consistent even if some time later a v1.2.0 of D becomes available. This is an example of how the modules system provides 100% reproducible builds. When ready, the module author or user might choose to upgrade to the latest available version of D or choose an explicit version for D.

How to Use Modules

How to Install and Activate Module Support

To use modules, two install options are:

How to Define a Module

To create a go.mod for an existing project:

Navigate to the root of the module’s source tree outside of GOPATH:

Note that outside of GOPATH, you do not need to set GO111MODULE to activate module mode.

Alternatively, if you want to work in your GOPATH:

Create the initial module definition and write it to the go.mod file:

Build the module. This will automatically add missing or unconverted dependencies as needed to satisfy imports for this particular build invocation:

Test the module as configured to ensure that it works with the selected versions:

How to Upgrade and Downgrade Dependencies

Day-to-day adding, removing, upgrading, and downgrading of dependencies should be done using ‘go get’, which will automatically update the go.mod file.

In addition, go commands like ‘go build’, ‘go test’, or even ‘go list’ will automatically add new dependencies as needed to satisfy imports (updating go.mod and downloading the new dependencies).

To upgrade to the latest version for all transitive dependencies of the current module:

Using a branch name such as “go get github.com/gorilla/mux@master” is one way to obtain the latest commit regardless of whether or not it has a semver tag.

Note that support for modules is built into all the go commands, not just ‘go mod’. For example, day-to-day adding, removing, upgrading, and downgrading of dependencies should be done using ‘go get’. See ‘go help modules’ for an overview of module functionality. 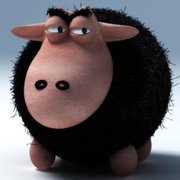